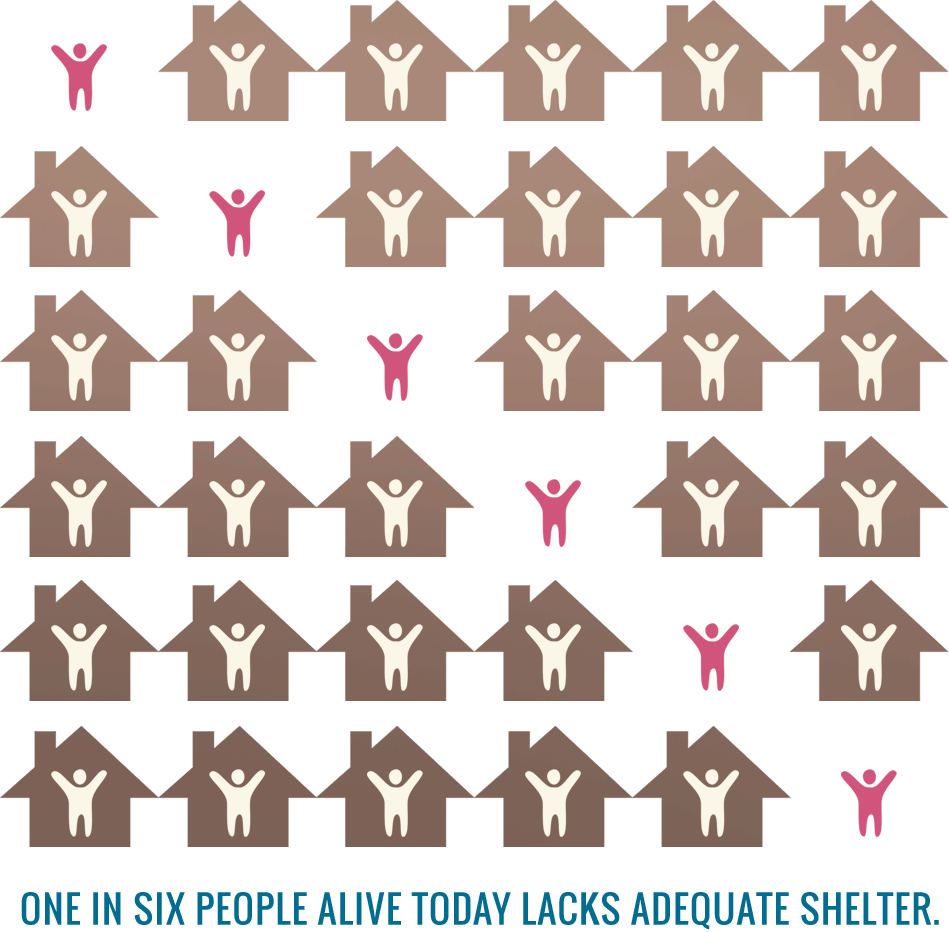 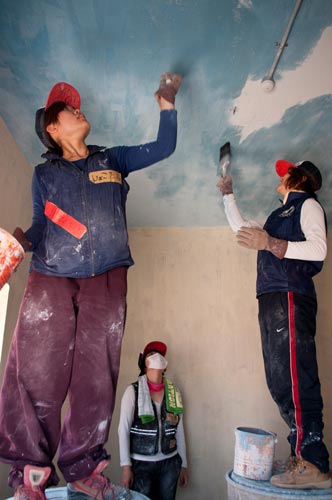 As a result of poor shelter, polluted water and inadequate sanitation, 50,000 people - mostly women and children - die each day. The problem is disproportionately concentrated in the developing world. We’re doing our part to help put a roof over as many heads as we can. 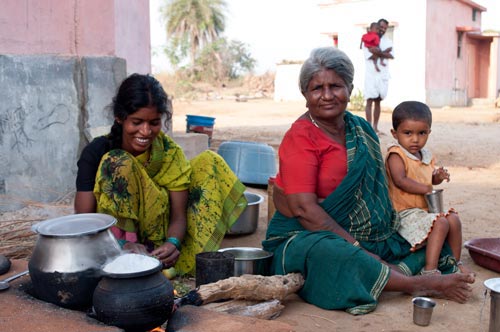 In 1997, responding to cries for help from women who spent entire nights mopping rainwater out of their thatched huts, Amma initiated a house-building project, with a goal of building 100,000 homes throughout India.

To date, more than 47,000 homes have been built in over 75 locations. With an average of six people living in each of our houses, that means we’ve helped more than a quarter of a million people move from the streets or inadequate shelters into the safety and comfort of their very own home.

More than constructing houses, Embracing the World works to build entire communities, complete with town halls, roads, electricity, wells, sewage systems and clean drinking water. As part of our response to the 2004 Indian Ocean Tsunami, homes have also been constructed in Sri Lanka and Andaman Island.

OUR WORK
Orphanage for 500 Children 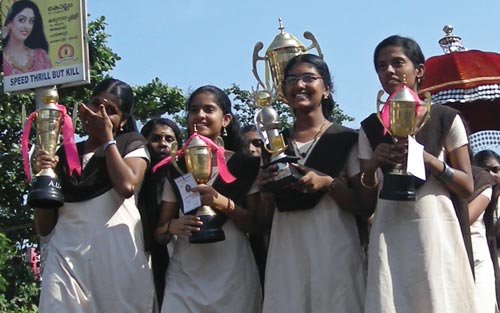 We’ve been running an orphanage for 500 children in Paripally, Kerala for more than 25 years. With the nourishing food and loving care and encouragement they receive from dedicated staff, the children gain the confidence and the strength to move forward in life.

During holidays, many of the children visit Amma’s ashram. They have developed a deep bond with Amma and say that they feel she is their own mother.

More than one in three go on to earn college degrees.

OUR WORK
A New Lease on Life: Relocating Slumdwellers into Clean, New Apartments 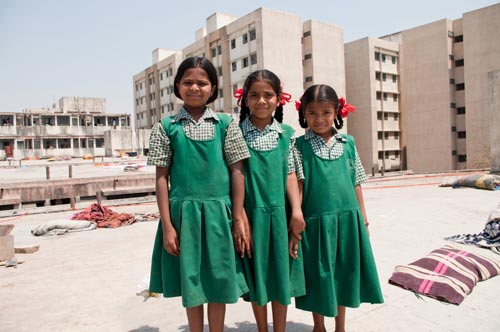 We believe in durable and sustainable developments, and our apartment blocks for former slum dwellers are built to last. While the sites were under construction, we provided temporary housing for the slum-dwelling families, as well as medical camps and counseling. To date, we have successfully relocated 1,600 families from abysmal slums into clean, new apartment blocks, so they could begin their life anew in sunny, hygienic spaces with proper plumbing, water and electricity. But we didn’t stop there - read more about our efforts to improve quality of life for slumdwellers and former slumdwellers, including tutoring for children, adult education, regular medical check-ups and more. 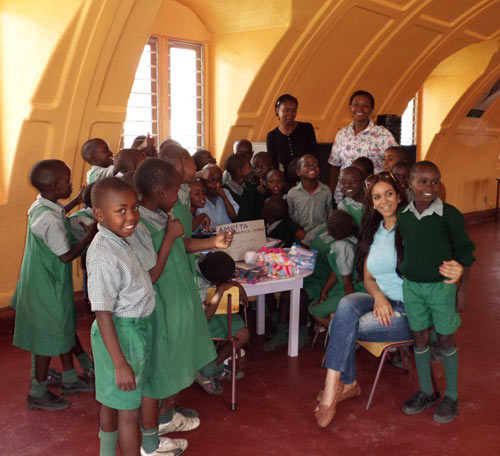 Spread across 11 acres on the banks of the Athi River, the Amrita Watoto Boma Children’s Home cares for 160 children by providing food, an English-medium education and healthcare in a loving environment. The children also take weekly yoga classes, and are taught creative arts, sewing and permaculture. The home is run with the assistance of four teachers, two cooks, a gardener and our volunteers. The children are selected from the neighboring villages after site visits by our volunteers to identify truly needy children whose parents or guardians cannot afford to provide for their basic needs.

The school library is kept open every Saturday for two hours for children from neighboring villages to read and enjoy our collection of books on various topics ranging from science, geography, philosophy, world languages, and general knowledge.