Isabel is an optometrist from Spain who organizes regular free medical camps in Kenya with other Embracing the World Volunteers.

Having been trained as an optometrist, I had always had a desire to help outside of my medical practice in Spain, but how and where? When I met Amma in 2004, my heart was opened when I witnessed her continuous example of serving people with selflessness. Ever since then her inspiration has allowed me to help others as I always wanted to.

For our first camp in 2011 we went to Voi, a rural area in eastern Kenya, and treated around 350 patients. Amongst those who came for treatment, a 7 year-old child named Juliana stands out in my mind. She was brought to us complaining of having had itching and gritty sensations in both eyes for several years. Her vision was so bad that she couldn't see beyond the length of her hands. Therefore, she was unable to attend school.

We found that Juliana had a unique allergic condition. After our initial diagnosis and treatment, Embracing the World volunteers in Kenya referred her to a local ophthalmic clinic and have been following up with her ever since. On a recent visit back to the area, I had a chance to check up on her progress and was happy to hear that she had recovered up to 70% of her vision and was now doing very well at school.

We decided to return to Kenya in 2013 to hold a cataract camp in Thika. It was a fantastic team effort which culminated with 208 successful cataract surgeries. The local Embracing the World volunteers provided so much support and helped us and made the whole program run smoothly. It was inspiring to see their commitment. The camp gave all of us the opportunity to share that experience.

Cataracts are basically a deterioration of the lens of the eye caused by age. But there is also a form of congenital cataracts which can result in blindness at a young age. This was the case of Mary, a 21-year-old mother of two. Due to her blindness, it was difficult for her to care for her children. We operated on both of her eyes restored her vison. We hope that this will improve her life and her ability to take care of her children.

Sometimes the reason for the blindness is irreversible and we cannot do anything to help. There is a school for blind children in Thika and we paid a visit just in case we could offer any help. Unfortunately, most of the kids had congenital blindness such that nothing could be done for them medically. However, Amma has taught us that simply offering a loving embrace and showing compassion to others can also be very helpful. This was obvious to us as the children expressed their happiness for our presence by clapping, singing and dancing. We celebrated life together for a few minutes. It was unforgettable.

When I first began volunteering with Embracing the World, I was accompanied by a single friend for several of the projects. However, over time, more and more people have wanted to get involved and to contribute. As of August 2014, a seven-member team of nurses and optometrists are regularly holding medical camps as well as free cataract surgeries throughout Kenya.

I try to set an example, as Amma does, and to find the best way to encourage people. But it is truly the power of selfless service that attracts all of us to continue to give like this. Now, after many projects, we have a solid team ready to go to any place in the world where we are needed. 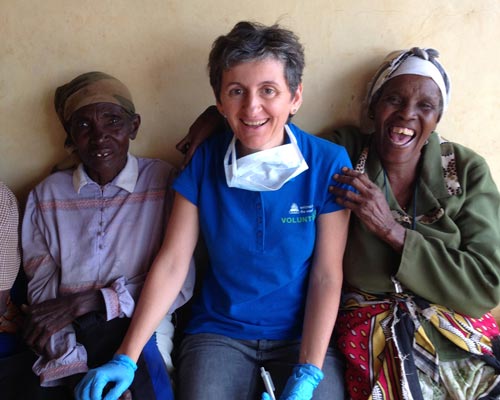 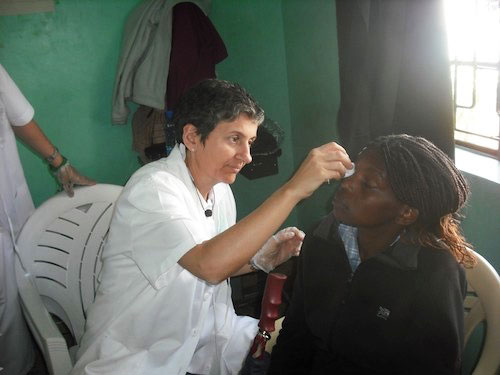 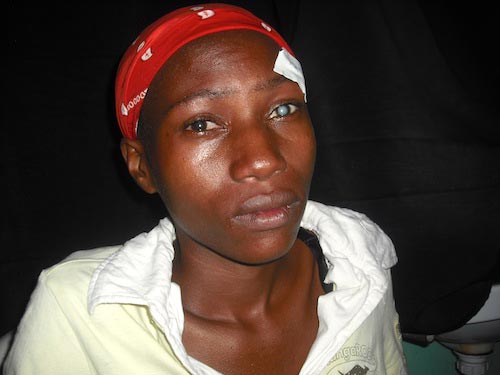 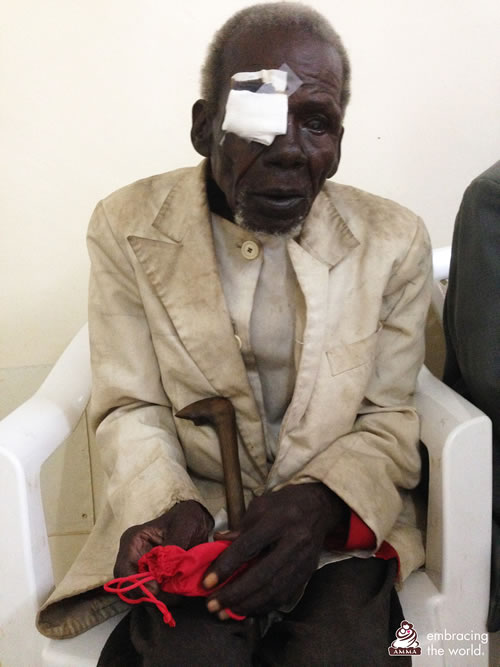 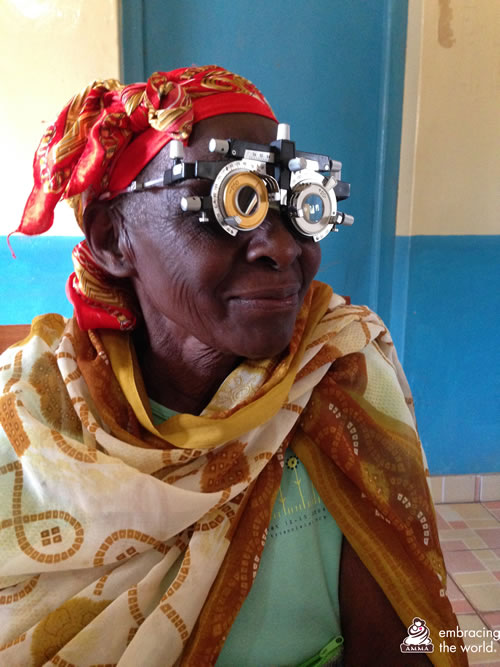