Growing up, Matthias was a talented athlete. He joined Germany’s National Kickboxing League and even competed in a world championship.

But in 2009, Matthias was in a car accident, and his life was turned upside down. In the ICU, the doctors treating him gave him a 10% chance of survival. Matthias made it through, but he was left blind.

Even though Matthias had known Amma for most of his life, for three years after the car accident, even when Amma came to his city on her annual tours, he didn’t go to see her. When he finally approached Amma again in 2012, his life changed again. Matthias got involved in AYUDH’s, made tons of new friends, and found a renewed sense self-confidence. Amma’s message and the positive spirit of motivated peers gave Matthias the strength he needed to move on. Inspired by Amma’s example, Matthias decided that it was time for him to start giving back to others.

Like many visually impaired people, Matthias realized that he had many folding canes that he wasn’t using anymore. Reaching out to a network of blind people in Germany, Matthias began collecting these canes to pass them on to the doctors volunteering at Embracing the World’s free medical eye-camps in Kenya. The doctors in turn distribute the canes to visually impaired people in need throughout Kenya. 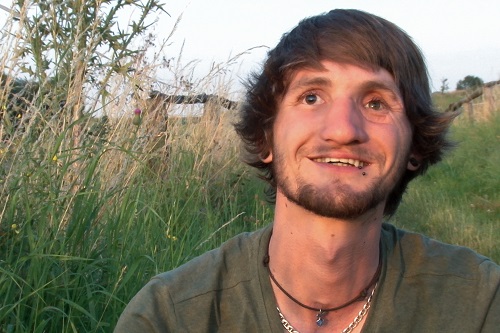 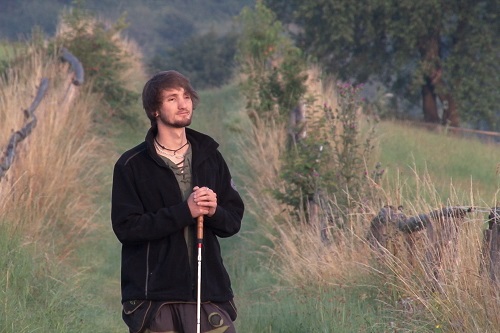 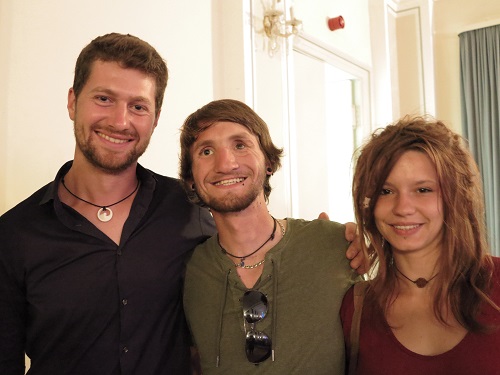