For more than 15 years, Embracing the World has been collaborating with the Japanese student volunteer organization IVUSA. Each year IVUSA has been sending groups of about 100 students to India to participate in Embracing the World’s housing building projects for the homeless and disaster refugees. Vivek has coordinated this partnership for several years, including projects to build homes for tsunami refugees in both Kerala and Tamil Nadu after the 2004 Indian Ocean Tsunami and in 2010, after devastating floods in Karnataka.

Vivek and the students work energetically despite the heat and labor: digging foundations on the hard ground, unloading thousands of cement blocks from trucks, painting the houses, mixing cement with sand and stones, passing loads of cement up to the roofs, clearing building sites or helping with construction. With their open heartedness and spirit of selfless service, the volunteers generate joyful interactions, much to the amusement of their Indian co-workers and the local villagers who will be the recipients of these houses.

Some of the volunteers have enjoyed their participation so much that they have come back multiple times. “We develop more thankfulness and appreciation for everything we have, and everything we took for granted before like water, food, electricity etc.” says Vivek.

The students, who travel to India during their holidays, may donate their time, energy, and enthusiasm, but they have said that they receive so much more than they give. In the sharing of love and care across cultural boundaries and language barriers, the line between “giving” and “receiving” disappears, and volunteers and recipients find that they are not so different after all.

In 2011, IVUSA's collaboration work with Embracing the World was right in their own backyard as much of Japan was devastated by its own tsunami. Vivek and other volunteers from Embracing the World traveled to the affected areas to assess the destruction. Shortly thereafter, Embracing the World announced a donation of one million US dollars towards the relief and rehabilitation of Japanese disaster victims.

Embracing the World and IVUSA went directly to the devastated areas to help. The students camped with other volunteers on the lawn of a university, which had been transformed into the headquarters for the relief efforts. Their work consisted of carrying out furniture and other possessions and clearing water and dirt from the houses, as well as ripping up flooring to clear sludge and laying plywood floors.

The volunteers were able to maintain their enthusiasm despite the intense work. This helped to provide an emotional lift to the villagers who were still reeling from their losses. Some of the students became quite close with the families they helped and were invited to return later. Vivek and the students have found much fulfillment by participating in these housing projects. He says that if you can, “put yourself aside and think about others and act for them, you can feel much deeper joy and happiness than you attain from filling your own desires.” 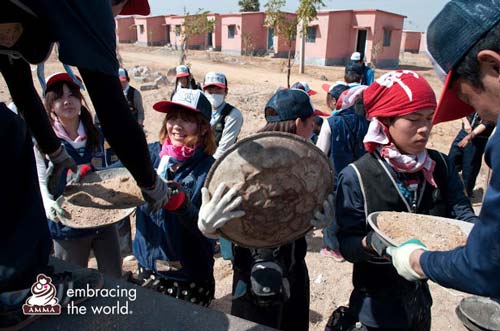 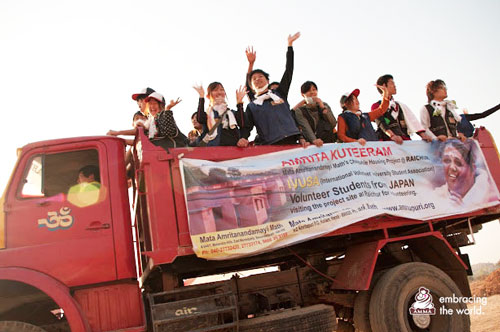 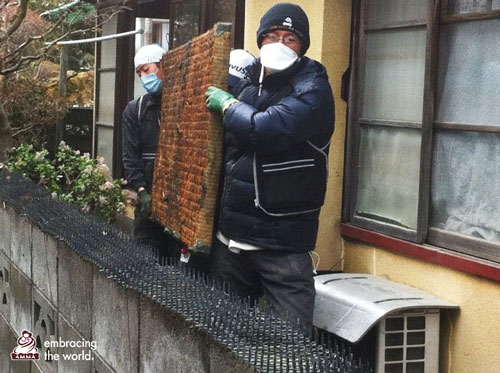 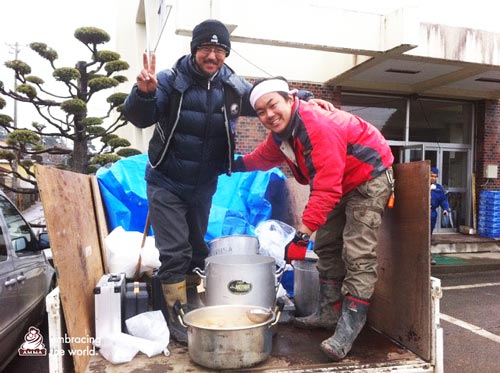 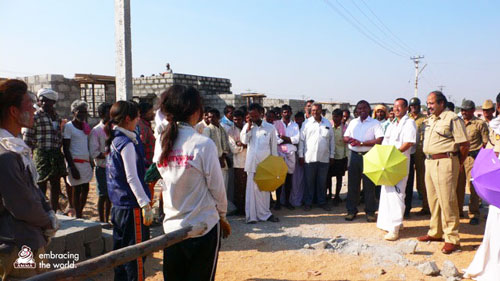