Embracing the World: The Movie

The story of Embracing the World is the story of what happened when one person decided to offer her life wholeheartedly for the sake of others.

More than 25 years ago, the administrators of a local orphanage confessed to Amma that they were out of funds. They told Amma that before long, they would have no choice but to turn the children out on the street. Amma diverted the money that had been saved to build her ashram’s first prayer hall and used it to assume care of the orphans. With this, Embracing the World was born.

Like the orphanage, each of our projects has been initiated in response to the needs of the world’s people living in poverty who have personally shared their problems with Amma. The story of Embracing the World, as much as it is a chronicle of a rapidly expanding humanitarian movement, is also a story about the power of an idea – that each of has a responsibility to help those less fortunate. Ultimately, it is a story about what happened when one person decided to offer her life wholeheartedly for the sake of others.

This film was written, directed, shot and edited by volunteers. 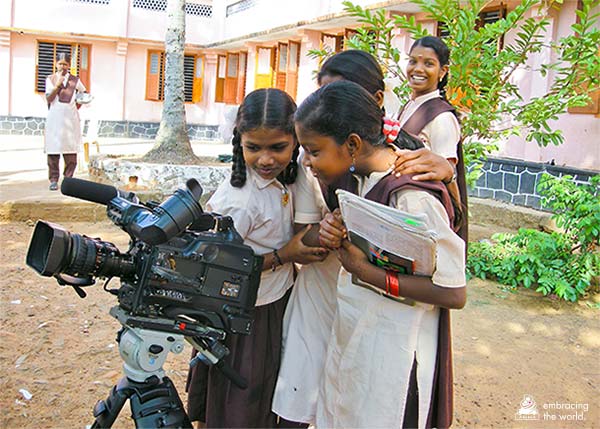