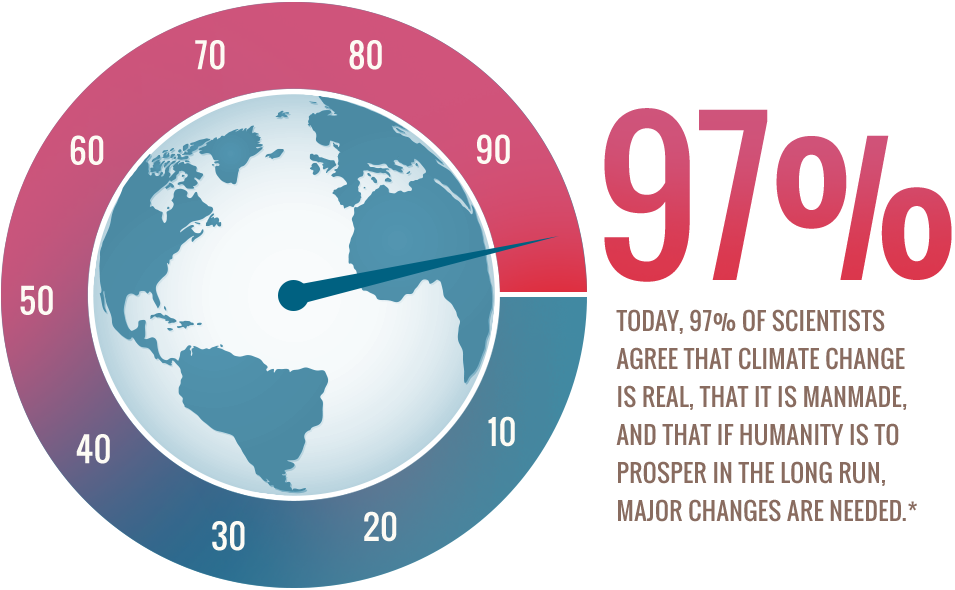 Our environmental initiatives are aimed at innovating solutions in sustainability defined by simple, practical steps that can be adopted on a large scale. Several of our projects and events have been formally recognized by UNESCO as part of the UN Decade on Education for Sustainable Development.

OUR WORK
HEALING OUR PRECIOUS WORLD 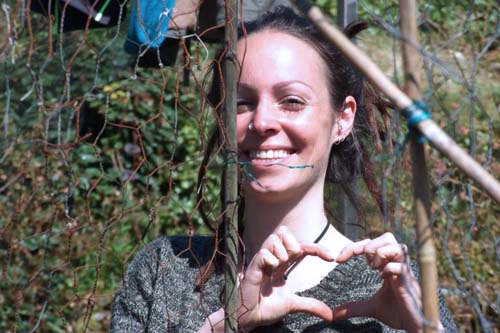 GreenFriends began in India in 2001 by planting trees across Kerala. Today, it is a global collective of volunteers who take action, step-by-step, to heal our world at both the individual and community levels. There are thousands of members throughout the Americas, Europe, Australia and Asia.

People of all ages take part in tree-planting drives, vegetable and flower gardening, soil restoration, beekeeping, environmental education, upcycling plastics, wildlife preservation, fundraising for farmer relief projects in India and more. Participants share these ideas because they have seen positive change not only in their own lives, but in restoring the beauty of the world around them.

OUR WORK
MEMBER ORGANIZATION OF THE UN BILLION TREE CAMPAIGN 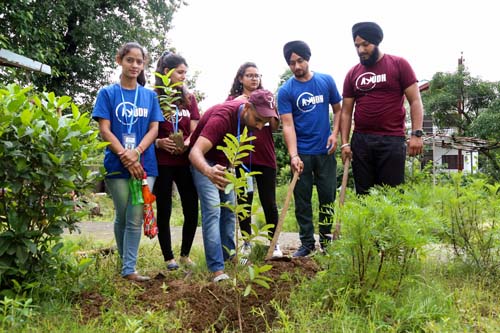 A member organization of the United Nations Billion Tree Campaign, Embracing the World has organized the planting of more than a million trees globally since 2001. After the 2004 Indian Ocean Tsunami, we helped stabilize 13 kilometers of India’s coast by planting 30,000 saplings along the shoreline. Individual volunteers pledge to care for the saplings they have planted for the first year of its life, helping to ensure that the tree will survive and prosper. It is the experience and lessons learned by our volunteers around the world that enabled us to announce a new pledge to plant six million trees worldwide. 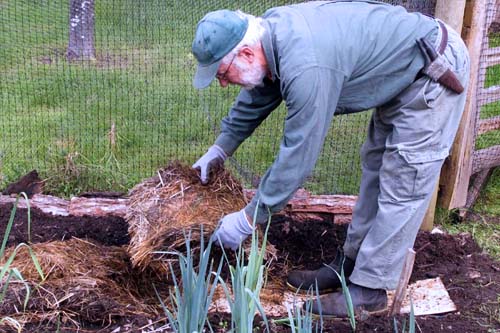 Amma feels strongly that everyone should be able to eat vegetables grown organically at least once in a week, and that the act of growing these vegetables on one’s own is a practical step we can all take to help restore the lost harmony between humanity and nature. Inspired by this call, our volunteers have started cultivating organic gardens in their own home and in community gardens all over the world. Through online learning and local training courses, volunteers learn how to utilize every possible location to grow vegetables – from balconies to window sills to community gardens. While we recognize the value of biotechnology in reducing world hunger, we also recognize the importance of preserving heritage seeds. In that spirit, we work to inspire the world community to rise to the challenge of growing and developing a seed bank with non-genetically altered seeds.

OUR WORK
A ZERO WASTE APPROACH FROM TOP TO BOTTOM 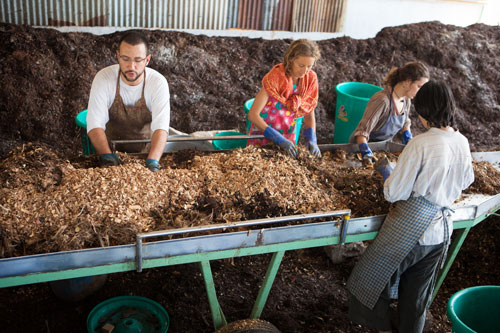 Inspired by Amma herself, volunteers at every level of our organization strive for a “zero waste” approach toward material resources. Compost treatment systems have been put in place at many our centers worldwide. In India, our institutions produce more than eight tons of compost each day.

The recycling center at Amritapuri, our international headquarters, serves as an educational model of professional waste management designed to meet the needs of India’s rapidly increasing population. The center serves as a tour model for visiting groups of schoolteachers and children, businesspeople, political officials, and waste management professionals.

The Plastic Project, active in India, North America, Japan and throughout Europe, teaches participants simple techniques to recycle plastic packaging into durable, fashionable products like bags, purses, mobile phone cases, and even material for cots to be used in emergency relief.

The InDeed Campaign for Nature is based on Amma's ideas about practical ways to use the Earth's remaining resources. It is what each of us can do right now - in our own backyards - to help restore the lost harmony between humanity and nature through 6 easy commitments:

• Grow your own vegetables

• Build a house for birds or bugs

The campaign was planned as a one-year project to share the knowledge of how as a community, we can work together to improve the health of our planet's environment. During that time in 2013, more than 26,000 individuals officially dedicated themselves to taking part. Now years later, people continue to share these ideas.

In 2014, the InDeed Campaign for Nature was officially recognized by UNESCO as a project of the United Nations Decade of Education for Sustainable Development. 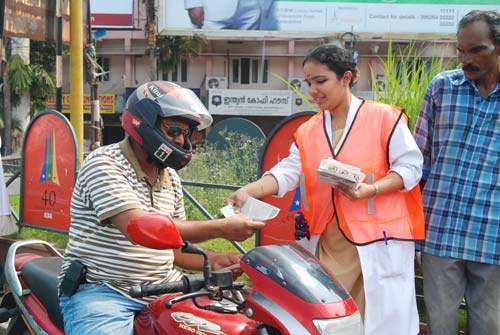 The Amala Bharatam Campaign (ABC) is a program aimed at improving public health and at restoring India’s physical beauty. Through this campaign, Amma is calling on all citizens of India to embrace practical new initiatives to clean India’s public spaces, promote health through hygiene, sort garbage, recycle, and properly dispose of waste. The campaign is also working to make people more aware of the need to avoid littering, spitting and urinating in public, and to maintain environmental cleanliness. This awareness campaign is ongoing in every language and every state in India, and has already reached millions of people nationwide.

Through ABC, volunteers are cleaning public areas, constructing public toilets and spreading awareness in schools regarding the proper way to dispose of trash. In Kerala, where the campaign was first launched, clean-up drives have been conducted in every major town and city. The campaign has already spread throughout India. In New Delhi, several high-ranking government officials, including the Chief Minister of New Delhi, Mrs. Sheila Dixit, as well as the Principal Secretary to the Prime Minister and the Union Minister for Agriculture personally participated in clean-up drives.

The Amala Bharatam Campaign has the potential to have a powerful impact on India’s public health goals. Lack of sanitation is the world’s leading cause of infection. With that in mind, we’re also distributing handkerchiefs to more than a million school children and educating them to use them instead of spitting on the ground. 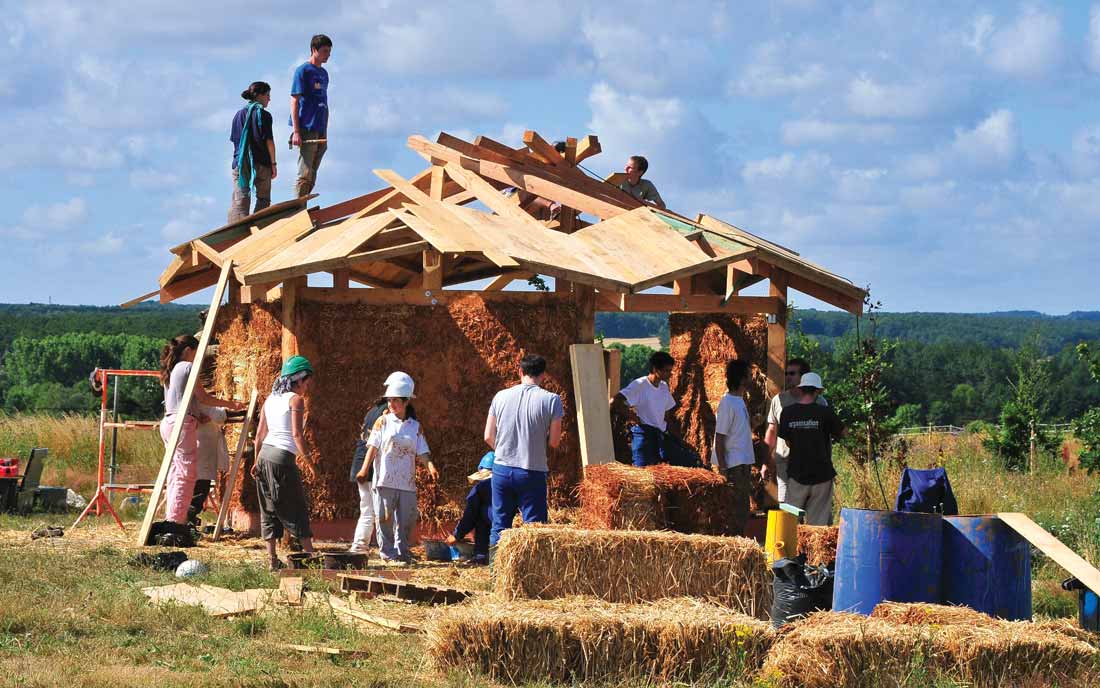 OUR WORK
SOWING THE SEEDS OF A BETTER FUTURE 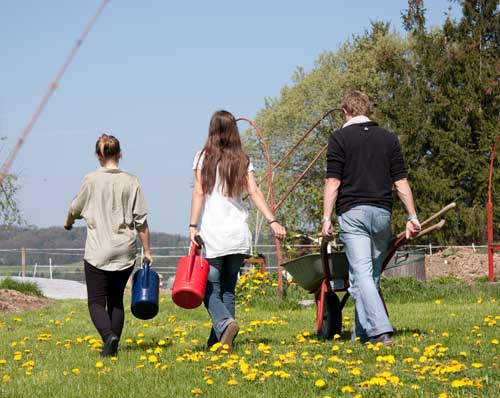 Throughout the world, Embracing the World’s main centers are working to become local models of sustainable living. Several of our projects and events have been formally recognized by UNESCO as part of the UN Decade on Education for Sustainable Development.

The centers host workshops in sustainable living, permaculture, beekeeping and conservation techniques, while residents and visitors incorporate lessons learned into daily life. By experiencing live examples of communities that are in harmony with nature, visitors to the centers get inspired to implement similar techniques in their own homes.

Eco-building techniques are used whenever possible. The centers employ rainwater harvesting, produce food from organic farms, gardens, and orchards, and make organic fruit and vegetables available to their local communities.

By encouraging sustainability principles in all our institutions, Amma and her volunteers are sowing the seeds of a better future.

With more than 30 million visitors per year, Sabarimala in Kerala, India is one of the most popular pilgrimage destinations in the world. In November 2011, with just days to go before the pilgrimage season began, the government determined that, having had no waste management system in place for decades, the site was so over-run with waste that opening it to pilgrims would provoke a public health crisis. Kerala’s government called on Amma for help. More than 5,000 volunteers from all over the world worked for five days to clean the sacred site and allow it to open its doors on time, against all odds. Watch the video.

The GreenFriends Farm began as a challenge to plant a thousand fruit trees on the overgrazed land of a former cattle ranch west of Oakland, California. Now, half way to meeting that number, it has become an educational center for cutting-edge agriculture and a beautiful retreat location. 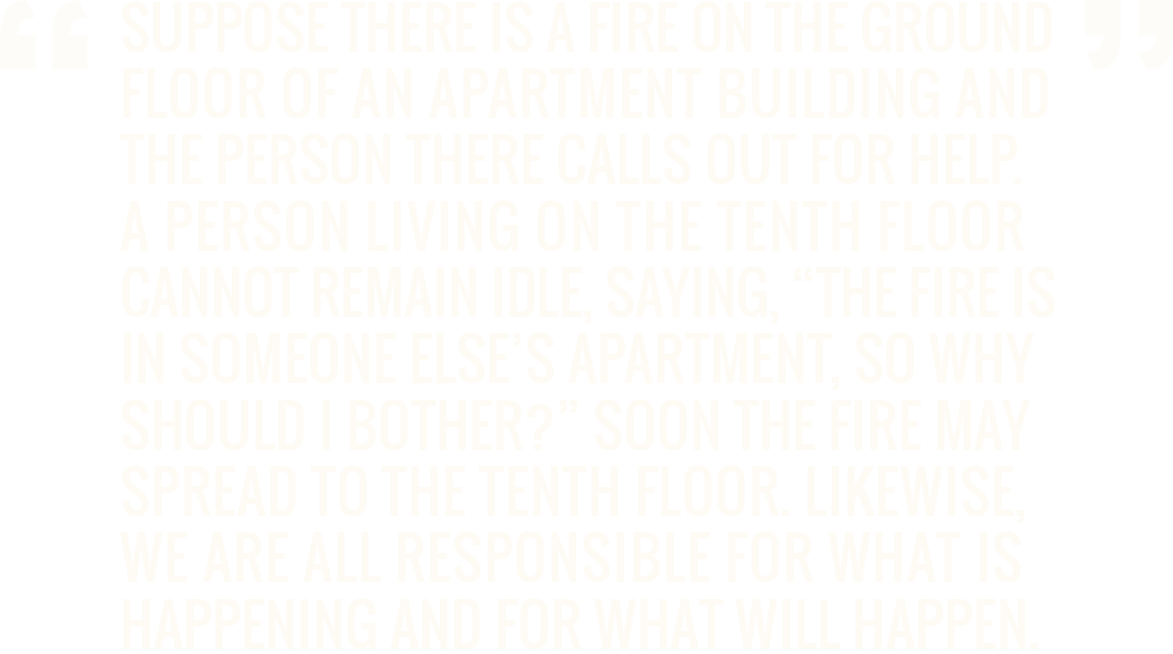